Pairing‌ ‌wine‌ ‌with‌ ‌movies!‌  ‌See‌ ‌the‌ ‌trailers‌ ‌and‌ ‌hear‌ ‌the‌ ‌fascinating‌ ‌commentary‌ ‌for‌ ‌these‌ ‌
movies‌, ‌and‌ ‌many‌ ‌more‌, ‌at‌ ‌Trailers‌ ‌From‌ ‌Hell.‌  ‌This week, we have wine pairings for three films sporting low-rent comedy teams.  In each case, they came together for a brilliantly mediocre film - a moment in time that has proven to be unforgettable no matter how hard the participants have tried.
Masterminds probably overreaches on the title just a bit.  The 1949 movie stars The Bowery Boys, who picked up where the Dead End Kids and the East Side Kids left off.  The fanciful plot centers on one of them, who finds he can tell the future due to a toothache.  Believe it or not, his gig in a circus sideshow is the good news in this story.
For a Masterminds wine pairing, let's take a bridge or tunnel to Brooklyn, where a former California winemaker has set up the Brooklyn Winery.  He uses grapes from Napa Valley and Sonoma County as well as fruit from New York’s Long Island and Finger Lakes regions, so you can take your pick.
https://bkwinery.com/
1966's The Last of the Secret Agents? sends the spy film genre up the river for a few laughs.  It stars the comedy team of Marty Allen and Steve Rossi.  Okay, so you need more bait?  It also features Nancy Sinatra in her underwear.

The plot depends on the belief that Allen and Rossi would ever be tabbed by anyone to help the good guys beat the bad guys.  A few years after this film, the comedy team would star in Allen and Rossi Meet Dracula and Frankenstein, the death knell of a film career.  Decades later they would get a "lifetime contract" to play a Vegas hotel, a gig that lasted a good four years.

For an Allen and Rossi movie, why not buy a Martini and Rossi vermouth?  Go ahead, as long as you have the mask on no one will recognize you.

1959 saw a resurgence in popularity for the Three Stooges.  I'm guessing it had something to do with their film shorts being shown on television on a daily basis.  I know that's where I first saw them, in the afternoon block of cheap comedies for kids after school.  "Weekday afternoons at three," said the announcer.  "Dad, is today a weekday?" I asked, hopefully.

The plot of The Three Stooges Go Around the World in a Daze, predictably, is similar to the Jules Verne classic, Around the World in 80 Days.  This time, it is Phileas Fogg's great-grandson making the bet - and the trip - with the help of the Stooges.  Moe Howard and Larry Fine are joined here by Joe DeRita, in the revolving door known as "the third stooge."  DeRita confessed later in his career that he never thought the Stooges were funny.  I knew a bunch of eight-year-olds that would argue that point.

A wine for the Stooges?  There is one for Iggy and the Stooges, but that's probably a reach.  How about a wine which is simple to the point of immaturity?  Grab one of those bottles of Beaujolais Nouveau off the point-of-purchase end cap.  It was harvested and vinified only months ago.  It's not a wine for everyone and is actually reviled by many who consider themselves experts, much like the Stooges themselves.  Also like the Stooges, the wine isn't getting any better while sitting on the shelf.
Follow Randy Fuller on Twitter 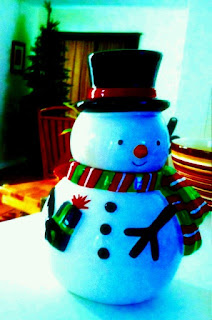 Call me a Grinch, but I don't get into mulled wine.  Warming up a pot of wine simply doesn't sound good to me.  Maybe it reminds me of a particularly nasty Dickens festival I attended years ago.  Maybe I don't like drinking wine that tastes like a potpourri, or one of those oranges with all the cloves stuck in it.

Maybe it's just a West Coast bias.  In Los Angeles it barely gets cold enough for warm food, much less warm wine.

Every year, the wine web is ablaze with articles on mulled wine.  There are endless sites offering the perfect recipe for disaster, in which an entire bottle of perfectly good wine is poured into a pot.  In with it goes an orange, some brandy, cloves, sticks of cinnamon, ginger, allspice, nutmeg, oregano, basil - oh, sorry, I accidentally clicked back to that pasta sauce recipe on the other tab.

Stand over this kitchen sink of lovely ingredients for about a half hour on low heat, preferably while playing the Charlie Brown Christmas cartoon.  Be careful not to boil it!  God have mercy on us if it boils!  Pick out some nice, wintry-looking vessels and ladle it up.  Throw a shilling to the carolers who have no doubt been drawn to your stoop by the aroma and sip away while the holidays just roll over you.

If you're interested, the internet is literally crammed full of mulled wine recipes that promise to "take the chill off the bones"  Meanwhile, make mine Port.

Posted by Randy Fuller at 9:21 AM No comments:

Blood Of The Vines: Withnail And I

In "Withnail and I," two English chums go "on holiday by mistake" and seek refuge from their horrid lives in a bottle of whatever is nearby.  The movie is loaded with writing that is memorized and used by the film’s fans in their daily lives as often as possible.

How can anyone resist lines like, "We want the finest wines available to humanity.  We want them here, and we want them now!"  And, of course, "There must and shall be aspirin!"

"Withnail and I" centers on two actors who can't get a role if the rent depends upon it - and it does - who take a bit of R & R at uncle Monty's English country shack for the weekend.  This film features plenty to drink: there's wine, there's sherry, there's more wine, there's a pint of something and there's lighter fluid.  Oh, there's also an enterprising drug supplier and an eel poacher at the pub.  Now you're hooked, right?

Richard E. Grant's performance in the role of Withnail is a masterpiece, particularly since he had to learn how to act drunk.  He Withnailed it.  Paul McGann as "I" plays the foil to Withnail's drunken bluster.

The opening sax version of "Whiter Shade of Pale" by King Curtis signals good things from this movie.  The inclusion of recordings by Jimi Hendrix and the Beatles indicate some deep pockets on the production side.  George Harrison had some fairly deep pockets and an inside track on getting a Beatles song licensed.  This is George's movie, and he made sure it sounded like it.

Hard times hit early on when the guys are caught without anything decent to drink, so a can of lighter fluid becomes a topic for quick debate.  And if you are drinking lighter fluid because even the bum wine has run out, don't chase it with anti-freeze.  "You bloody fool, you should never mix your drinks!"

When the pair run out of wine in the bucolic English countryside, uncle Monty comes to the rescue with a case of the good stuff.  As Withnail says about Monty, "He keeps a sensational cellar!"  A little Chateau Margaux gets the boys into the realm of real drinking.  That wine was also featured in "Intolerable Cruelty."  I don't, however, recall George Clooney knocking back a swig of lighter fluid.  Or anti-freeze.  And you shouldn't, either.

Chateau Margaux 1953 is the pick here - since the wine is used in the movie.  If you are uncorking a bottle for a viewing party, DM me on Twitter.  It's the only way I'll ever get any.  On second thought, skip it.  That last blast of lighter fluid ruined my palate.  Recent vintages of Chateau Margaux start at over a hundred dollars a bottle, and go up to the stratosphere for the more desirable years.  Expect to pay in the thousands for the best of this grand cru wine.

For derelicts on a budget:

Wild Irish Rose gets some serious attention from aficionados of cheap wine aimed at people who drink to get drunk.  Alcohol at 18% certainly gets you a headstart on the party, for less than a fiver.  The White Label is said to have a nose of rubbing alcohol, and a palate that's even meaner.  Better than lighter fluid, though.  Sort of.

Sure, Gallo brought us Night Train and Thunderbird at higher alcohol levels, but there's a warm spot in any drunk's heart for their Ripple brand.  Of course, that might be due to a peptic ulcer.  Hey, it was Fred Sanford's wine of choice.

And after the '53 Margaux is done, "I have some extremely distressing news.  We've just run of wine."