Wine From The South Of France: Gerard Bertrand 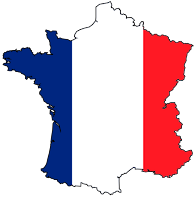 The U.S. director for Gerard Bertrand wines spoke with me by telephone from the south of France last week.  He’s the man responsible for marketing the Bertrand line in the U.S., and he says his job is getting easier.

Why are Americans drinking more wine from the south of France now?  Fine says it’s about the quality.  “Americans want a wine that over-delivers.  They are adventurous enough so that they don’t really care where the wine comes from, as long as it delivers great value for the money spent.  That’s what we do in the south of France.”

Fine points out that “Most of the Bertrand wines cost between 12 and 20 dollars per bottle, but we also produce smaller production wines and appellation wines that run up to $75.”

I know Fine is an advanced sommelier, but I asked about his past as a magician.  “That is true,” he chuckled.  “Now I try to make wine disappear.  The magic actually plays into what we do, because we want the wine experience to be fun and enjoyable, like it should be.  There's a big difference between tasting wine and drinking wine.  We make wine that's fruit-forward and food-friendly.

I had received samples of a few of the Bertrand wines before the interview, and the wines certainly showed the varied terroirs in the south of France to which Fine referred.

Grand Terroirs Tautavel, Cotes du Roussillon Village 2008
The village of Tautavel is located in the south of France, between the Pyrenees Mountains and the Mediterranean Sea.  The area features calcareous red clay and limestone boulders.  The wine is composed of 50% Grenache, 35% Syrah and 15%Carignan grapes.  After being de-stemmed, the grapes go into vats for as long as two weeks before pressing.  The different varieties are vinified separately, aged 10 months in barrels and then in bottles.  I get a perfumed nose with strong notes of clove and roses.  The floral aspect is quite intense.  You will want to decant this, as it is rippingly hot upon pouring.  After time, it smooths out beautifully.  I taste blackberries, licorice and a whole lot of tar - quite complex.  The finish is like a mouthful of berries with nice chewy tannins, brilliant acidity and the minerals, the earth, which lasts long after the sip is gone.

Corbières 2009
Corbières is the largest appellation in the south of France, with over 32,000 acres  of grapevines planted.  This is the sort of area that Fine spoke about, with variable terroir and microclimates within its boundaries.  Terraces of pebbles, sandstone and marl are found in the north, with limestone and schist in the higher elevations to the south.  The Bertrand Corbières is made in much the same way as the Tautavel, but it spends only eight months in barrels.  The grapes are 40% Syrah, 40% Grenache and 20% Mourvèdre.  It’s a dark looking wine, and it tastes quite complex.  A masculine nose of leather, tobacco and blackberries meet blueberries and firm tannins of the palate.  It’s an elegant, well made wine.  The alcohol level is a very European 13.3% abv.

Saint Chinian 2009
Saint-Chinian is in Languedoc and features schist-based soil.  The vines have been on those sandstone slopes since the middle ages.  Syrah and Mourvèdre blend for this one.  There is a three-week maceration period followed by eight months in barrels.  The nose brings forth aromas of currant and blackberry with some herbs in play.  Big tannins explode with powerful dark fruit on the palate.  Minerals fade slowly on the finish, while black tea lingers.


Minervois 2008
This area is located in a huge amphitheater on the side of Black Mountain.  The lower ground is chalky, with sandstone and granite becoming the rule higher up the slope.  The wine is a 50/50 blend of Syrah and Carignan, and carries a 14.3% alcohol number.  The nose is dark, with coffee grounds and plums.  The palate shows currant and blackberry flavors, with very soft tannins, great minerality and acidity to spare.