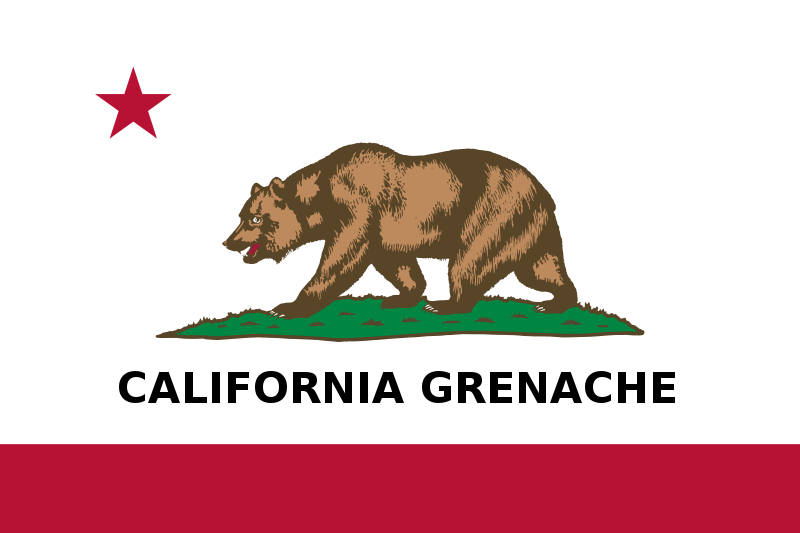 Since the glow fell off the love affair between the wine biz and the Syrah, folks are looking around for the Next Big Thing.  They are poking around in vineyards, peeking under grapevine leaves, playing with winemaking technique - or leaving it out altogether.  If you want a Next Big Thing, why not Grenache?

Grenache seems well-suited to California, particularly the cooler vintages.  Sporting plenty of what the wine-buying public likes - fruit, tannins, acidity - and often available at great price points, Grenache would seem to be poised to make some noise.

In the Now And Zin California Grenache series, we are sampling some of the choice Grenache wines from around the Golden State.  Today we look right in my SoCal backyard, in Santa Barbara County.

The estate grapes for the Zaca Mesa 2011 Grenache are sustainably grown in their Santa Ynez Valley vineyards.  This wine is all Grenache Noir, from their Cushman F Vineyard, with well-drained soil over gravelly beds of silt and clay at an elevation of 1500 feet above sea level.  The cooler nights at that altitude make for great natural acidity in the wine.  2011 was a cool vintage, anyway, with harvest starting two weeks later than normal.

Winemaker Eric Mohseni oversaw the destemming of the grapes and the steel tank fermentation on the skins.  The wine aged for 16 months in French oak barrels, 18% of which were new.  At 15% abv, it's a wine with some weight behind its punch.  Only 376 cases made, and they retail for about $35 per bottle.

The wine shines with a medium ruby glow and smells of cherries and raspberries.  A bit of smoke holds the aromas together like a savory string.  There is a floral note that struggles to grow through the darkness of this nose.  The palate is bold and brassy, as we might expect from a high-octane wine.  Don't be too quick, though, to paint "fruit bomb" on the label of this complex juice.  The ripe fruit is masked by touches of licorice and cigars while firm tannins scratch at the taste buds.

The winery suggests pairing this Grenache with mild cheeses, grilled salmon, or lamb kabobs.  I say it would fit well in those scenarios as well as with any sort of red meat.