How Barefoot Wine Beat The Odds To Succeed 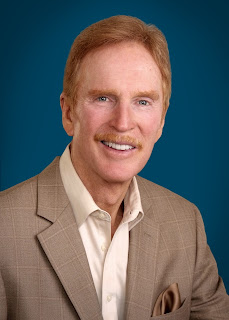 Michael Houlihan has an interesting story to tell.  It’s the story of how he and partner Bonnie Harvey built the Barefoot Wine brand into such a formidable power on the supermarket shelf that Gallo opened up the big corporate checkbook and bought the company.

Now, it may be that people who read wine blogs don’t buy their wine in the supermarket;  and it may be that the phrase “supermarket wine” is a turnoff to people who describe themselves as “wine lovers.”  Nevertheless, a whole lot of wine crosses the checkout scanner in supermarkets - 10% of it White Zinfandel - so somebody should be interested in what Houlihan has to say.

Houlihan’s story started in Healdsburg, California, where he tried to collect a debt.  Other creditors got in line first at the bankruptcy hearing, so there was no cash to be had.  Thinking on his feet, Houlihan agreed to take wine and bottling services instead of money.  With the hard part out of the way, all he had to do was come up with a brand and learn about distribution from the ground up.  Simple, huh?

The Barefoot brand came from Barefoot Bynum, a long-gone wine Houlihan remembered, that he thought would fit the bill for an easy word and a simple image.  His partner conceptualized the logo, and one large inkpad later they had a brand.  That's Harvey's foot on the label.

All this was happening in the mid-1980s, when Houlihan says “wine was considered pretty snooty.”  Houlihan and crew went the other way with it, designing and marketing a wine for what is generally referred to as “average taste.”  It worked.  Barefoot was selling a half-million cases of wine a year when Gallo stepped in.

Houlihan’s take on wine ratings: “If you have a number on your wine that’s in the mid to high 80s or better, you have a better chance of getting on the shelf.  However, we found what was even better was winning a contest, or getting a medal at a state fair.  We’d go out the next day in that city and put the prize or medal right on the store shelves.”

The Barefoot brand was built into a huge bestseller without advertising.  “Worthy cause marketing helped make the wine a success while assisting charities at the same time,” says Houlihan.  “We didn’t just sell wine, we tried to make the world a better place through wine.”

The early road was pitted with land mines that might have stopped a less intrepid businessman.  “A lot of people get into the wine business, and after they’ve been in it for a while they discover that they’re in the distribution business,” he says.  “You have to get through 50 states of regulations - every one of them different - supermarkets requirements, distributors who are selling hundreds of brands besides yours.”  You very quickly ask yourself, ‘Whatever happened to the romance of the wine business?’”

Although not involved with Barefoot Wine and Bubbly anymore, Houlihan says he still drinks Barefoot wine and he’s proud of it.  His career has now moved into helping other small business people with their careers.

“Now I help small businesses by passing along things I learned in the wine industry.  We made Barefoot an international bestseller and then sold it to the biggest winemaker in the world.  We can help people achieve what we’ve achieved.  We’re not selling wine anymore, we’re selling ideas.”

Houlihan makes himself available to teach people how to succeed by having goals more important than just the products they’re selling - the “worthy cause marketing” that helped launch Barefoot to such heights.  Houlihan says his book, The Barefoot Spirit, will “for the first time give the public a behind-the-scenes view of how the wine gets to you,” through the stories he and Harvey accumulated through nearly 20 years of building the Barefoot brand.

Houlihan’s conversation with me was mostly about the business of wine, but he eagerly told me that Jennifer Wall was Barefoot’s first winemaker, and she is still the winemaker for Barefoot.  “She had the ability to understand what the average person wanted,” he said, “fruit-forward, easy-drinking, palatable wine that was consistent from year to year.”  He says that’s why Barefoot wines are non-vintage - the supermarket shoppers told them they were more interested in consistency than in vintage variation at that price point.  That’s what the people wanted, so that’s what they delivered.

Much of Houlihan's success, it seems, came from listening to what people told him, and responding with his product.