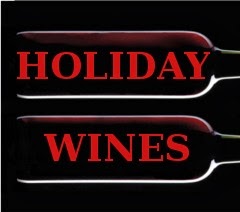 Sauternes is a French appellation exclusive to sweet, golden dessert wines made largely from Sémillon grapes. Sweet Bordeaux wines are for more than dessert. Start a meal with them, an aperitif, or pair them with your main courses. Try to pair sweet wines with something salty or savory for a great balance.

Thanksgiving is a great time to start a love affair with Sauternes. Have it with the pumpkin pie, sure, but try it with the turkey, too. You'll be surprised at the pairing.

Sweet Bordeaux US and Snooth recently put on a virtual tasting of a nice selection of Sauternes wines, and I was lucky enough to be included.  Hosted by Snooth's co-founder and chief taster Mark Angelillo and wine educator Fred Swan, the event drew raves from those who participated in it. Swan, especially, won kudos all around for his vast knowledge. 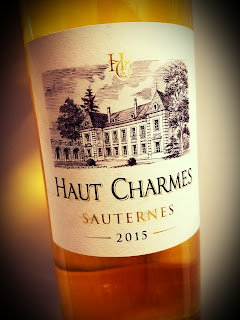 The 2015 Haut Charmes Sauternes is supposedly made from grapes taken from the young vines of Chateau d'Yquem, the top house in the region. I can't confirm that, it's just an educated guess, and someone else's educated guess at that. The Sémillon grapes are joined by Sauvignon Blanc, both of which were kissed by botrytis before harvest. Declassified though it may be, a d'Yquem at $20 is a bank job type of steal.

@JvBUncorked commented during the virtual tasting that this 2015 Charmes is much sweeter than he recalls earlier vintages being. It's my first time, so I don't know. @parkerwong wrote that she likes the candied melon, saffron and white peach notes.

Yellow-gold in the glass, this wine has tropical notes layered in with honeyed apricot and peach. It's quite viscous, has a nice acidity, great mouthfeel and a little savory backbeat that really entices. It seems muscular, in a white wine kind of way.