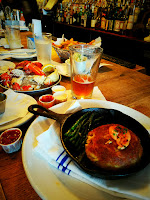 When traveling, one should always try the local beers.  That's my philosophy, and it has served me well during the craft beer years.  Places like Portland, San Francisco, San Diego, Boston, hell, just about anywhere, have local beers scenes making suds worth sampling.  Maryland is no exception.

Heavy Seas Beer is produced by Clipper City Brewing Company in the heart of Baltimore.  It was pointed to by several articles and locals as the best B'more brewer.  Hugh Sisson first started brewing it in 1995 and gave B'more its first brewpub.  Heavy Seas Loose Cannon IPA is their flagship brew.  Simcoe, Palisade, and Centennial hops make for a wonderful nose.  Deep amber, the light head dissipates quickly, but who cares.  It's the taste you want.  Those beautiful hops meet British-style bitterness, which lingers on the finish. 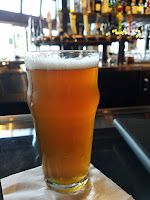 RaR Brewing is an Eastern shore brewer in Cambridge, MD.  The brewery’s home is on the east side of Chesapeake Bay, on the Delmarva Peninsula, which also contains Delaware and, for some reason, a spit of land belonging to Virginia.  I would love to have sat in on the planning session that resulting in that division of property.

RaR is "local boys brewing local beers," and they’re doing a fine job.  As if the beer isn't good enough on its own, their labeling includes a mysterious little dinosaur swimming in water.  It's Chessie, I'm told, a sea creature legend in Chesapeake Bay. 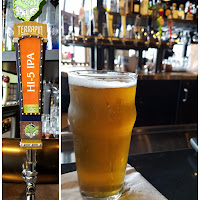 Rar Nanticoke Nectar IPA has alcohol up at 7.4% abv.  It was available in handy six-pack cans where I bought it, and I shared it with my pals at the hotel in Fells Point.  A beautiful, floral nose gives way to a slightly bitter taste and finish. Citrus plays a heavily and makes for a refreshing drink.

D.C. Brau  is brewed, of course, in the nation's capital.  Their IPA, The Corruption, is a copper-colored northwest-style IPA at 6.5% abv.  And, what better name for a D.C. beer that The Corruption?  Especially now.  It's good whether you’re watching the Nationals or the Orioles.  They make it with Honey Malt and Victory Malt, and a big ladle full of Columbus hops.  It's a very nice brew, with more barley to accompany the hops. The beefy flavor is nothing short of hearty. 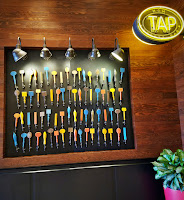 I ordered a pint of Terrapin HI-5 IPA after seeing only the tap handle, figuring the name gave away some Maryland roots.  I was wrong.  It's made in Athens, Georgia.  It is good, however, with five hops giving a lovely aroma and flavor.  Juicy and refreshing, the California-style IPA has a light bitter edge on the finish.