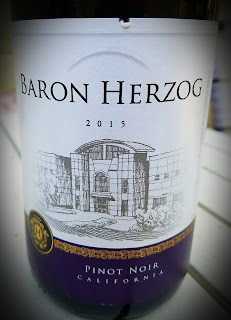 Oxnard may not spring to mind immediately when you start riffling through your mental Rolodex of California wine regions. The Ventura County town is home to Herzog Wine Cellars, under the umbrella of the Royal Wine Corporation. The winery's story is one of immigrant grit and determination.

The Herzog website says the company goes back to "Philip Herzog, who made wine in Slovakia for the Austro-Hungarian court more than a century ago. Philip’s wines were so appreciated by Emperor Franz-Josef, that the emperor made Philip a baron."

Philip's grandson Eugene had to move his family around quite a bit during World War II to hide from the Nazis, only to be run out of Czechoslovakia by the communists. He brought his family to New York in 1948 and started working for a kosher winery that paid him in company stock. Within ten years all the other stockholders had given up on it, leaving Eugene as the last man standing. He and his sons then formed Royal Wines as a tribute to Philip.

Expansion to Southern California happened in 1985, but it was a couple of decades before they would build their present state of the art facility. Head winemaker Joe Hurliman leads the kosher facility and produces wines in the tradition of the Jewish people.

The 2015 Baron Herzog California Pinot Noir is a dark ruby in color, with light just barely getting through the glass. Its nose is straightforward - black fruit and a smoky layer on top. It's not terribly complex, but it is rather savory and pleasant. The wine is quite light in the mouth, which is surprising given the dark aromas. The tannins and acidity are both on the scarce side, leaving a Pinot Noir that is mainly just a sipper. Its light feel and rather thin flavor don't translate to elegance, so there’s not a lot to recommend it.