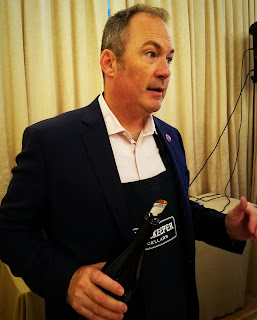 There's nothing like a good Zinfandel, except maybe a great Zinfandel.  There were plenty of the latter on display at Elevating Zinfandel, a tasting event put on recently in Beverly Hills by Los Angeles wine educator Ian Blackburn.

Beekeeper Cellars is the creation of our host, Mr. Blackburn.  I remember telling him two years ago that his Zin could knock an unsuspecting Cab off of any steakhouse wine list.  And it's just getting better.  Clay Mauritson is on the winemaking team at Beekeeper, in addition to making his own esteemed bottlings.

When I think of the Zinfandels I really like to drink, Turley Wine Cellars comes to mind quickly.  They draw grapes from a variety of California vineyards, a listing of which reads like a "Who's Who" of grapevines.
Turley Juvenile, California 2017 - 24 vineyards over 12 counties. A floral nose, sweet and smooth.
Turley Kirschenmann Vineyard, Lodi 2017 and Turley Buck Cobb Vineyard 2017 are both extremely elegant.
Turley Dusi Vineyard, Paso Robles 2017 - That trademark Paso limestone shows up here. 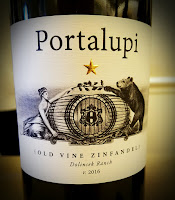